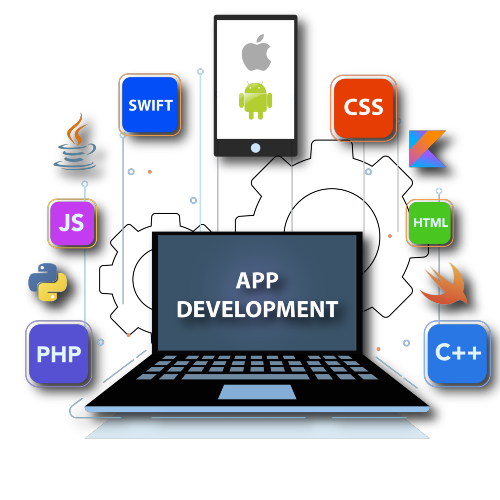 People now depend heavily on mobile apps in their daily lives. There is an app for anything you need, whether you’re ordering food, purchasing a movie ticket, or taking a taxi to work quickly. Mobile visibility has become vital for a company’s survival as mobile apps continue to transform the global business sector, and mobile-first businesses are attracting the attention of an increasing number of fast-growing mobile apps.

What is Hybrid Mobile App Development?

The implementation of a single piece of software that can run on different operating systems, such as Windows, Android, and iOS, is known as Hybrid Mobile App Development.

Google’s Flutter UI toolkit helps with the creation of the native web, mobile, and desktop applications. This UI toolkit has fully customizable widgets that make it possible to quickly construct native applications. Also, the layer of flutter ensures that components render more quickly.

The best JavaScript library for building native applications across all platforms and devices is React Native. React Native can be used to create rich applications for both iOS and Android. It also enables the production of platform-specific variations of certain components. enabling the simple use of a single codebase across numerous platforms.

Ionic allows you to develop bright, interactive hybrids and progressive web applications. Premium services for building applications are provided by this open-source framework. Ionic helps with the development of Android and iOS applications. Ionic Studio is the Ionics Lightning version, and it has a lot of power. Installing it locally will provide you with access to a simple visual development environment.

One of the best frameworks for creating mobile apps is called Xamarin, and it is net-based. The developer of this native platform is Microsoft. As a platform for creating cross-platform, open-source apps, Xamarin provides a development ecosystem with a backend, API, components, etc.

When developing complex mobile applications, Onsen UI is considered the most powerful weapon. With JavaScript, HTML, and CSS, it creates excellent HTML apps. Additionally, it supports Angular 2+, Reacts, and Vue libraries. This platform’s ability to adapt how an app looks based on the platform is one feature that gets the credit.

A native mobile application framework based on Angular, Typescript, JavaScript, CSS, and Vue.js is called Native Script. To minimize the amount of code and speed up how quickly the program loads on the machine, Native Script is the preferred framework. Because of its powerful web empowerment platform, Native Script is favored by many top companies.

Will Search Engine Optimization Techniques Be Useful In 2023? A Review

packers and movers in Bangalore