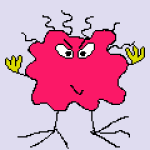 Google Translate is a handy tool that can help you communicate with people in other languages. It can translate text, websites, and even spoken words.

We’re adding 24 new languages to Google Translate — the first using a breakthrough machine learning approach called Zero-Shot Machine Translation, where the model learns a new language without ever seeing a direct translation of it. #GoogleIO https://t.co/5Imnj6ff1E

Google Translate has been used for a wide range of purposes, including translation of documents, websites, and emails; interpretation (conversation mode) of two people speaking different languages; automatic text recognition; detection of the language of text passages; and language education.

Here’s a complete list of the new languages now available in Google Translate:

I am passionate about SEO, guest posting, website monetization