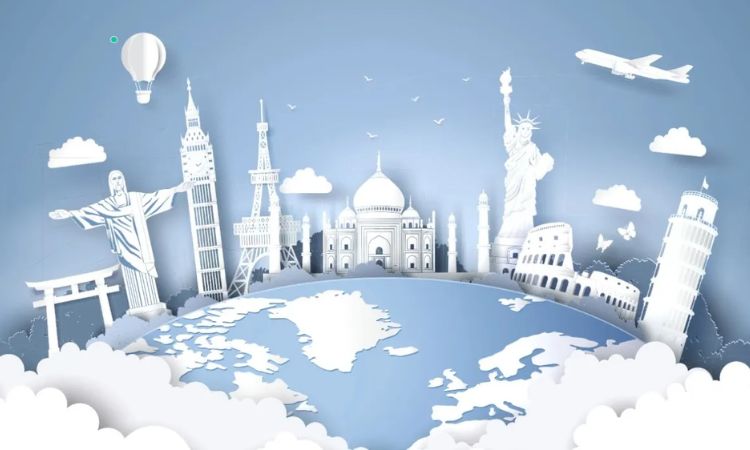 Tourism is an integral part of Indian economy. According to World Travel and Tourism council, tourism in India generated well over $170 billion in revenue and created more than 32 million jobs in the year 2021. And by the year 2030 this figure will reach over $400 billion. This just tells you the importance of tourism for India.

National tourism day is celebrated in India on 25th January. The sole purpose of this day is to encourage tourism in India and appreciate all the tourists arriving in India.

Tourism not only boosts India’s economy but also promotes its culture and heritage. Tourism is seen as a soft power by many countries. It helps improving image of a country globally.

Keeping this in mind government of India organizes national tourism day every year on 25th January.

Last year national tourism day was held on 25th January, 2022 at Telangana’s Pochampally village situated on the outskirts of Hyderabad. The village is well known for its famous hand-woven Ikat saris. The theme of the day was ‘Rural and Community Centric Tourism’.

First national tourism day was started in the year 2022 by the ministry of tourism on 25th January, 2022 under the aegis of ‘Azadi Ka Amrit Mahotsav’ to mark the 75 years of India’s independence. National Tourism is 75 week grand celebration launched by Prime Minister Narendra Modi.

This year is going to be second anniversary of National Tourism Day.

Some of the activities under National Tourism day include

Over 18 million tourists visited India in the year 2019. It is projected medical tourism sector to grow to $10 billion by 2023.

According to Travel and Tourism Competitiveness Report India ranks 54th position out of 117 countries overall.

In the year 2021 the tourism sector generated around 32 million jobs.

This tells you the importance of tourism for the economy.

‘Incredible India’ campaign launched by government of India helped India to showcase all over the world in a positive manner.

This further brings more business to the country.

To improve the country’s image Oil Marketing Companies (OMCs) like Bharat Petroleum Corporation Limited (BPCL), HPCL and IOCL rolled out Drive-Fresh initiative to set up clean and hygienic toilets at their fuel stations.

This creates awareness about hygiene among common people in the country.

Why National Tourism day is important? You can learn from the statistics.

Following are some statistics about tourism in India.

The national tourism day 2022 theme was “Rural and Community Centric Tourism”. It is expected this year also theme is going to be the same. However the theme has not been decided yet.

Last year government started the celebration of this day by incorporating into the national campaign of “Azadi ka Amrit Mahotsav”.

Generally theme revolves around the promoting India as a safe destination for tourists from all over the world. The theme has a very important economic aspect to it. Tourism can help alleviate poverty in rural India. Objective of this theme is to engage rural communities of the country.

I hope after reading this article you will be motivated to celebrate National Tourism day with great fervor on January 25th 2023.

How to find a best Movers in mussafah UAE?

Things to consider when transporting your goods