What suggestions would you make to someone going to Nashik, Maharashtra, India? 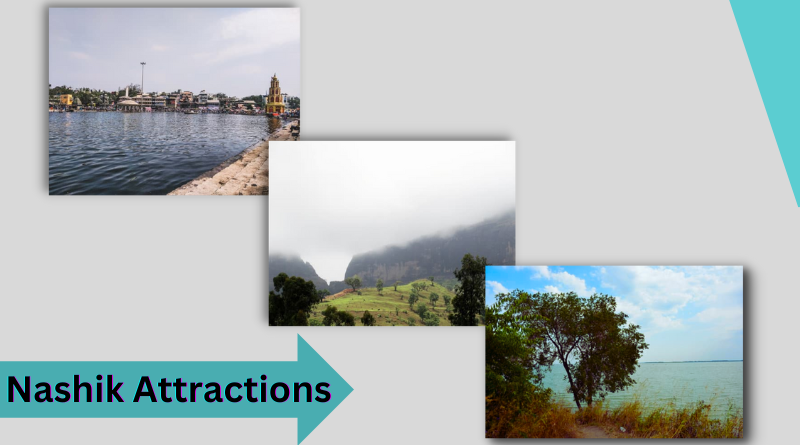 In my opinion, if someone is interested in moving to Nashik, whether permanently or just temporarily, he or she will never regret making this choice in life for the reasons listed below.

The city of Nashik is conveniently situated 200 kilometres from Mumbai, the state capital of Maharashtra, as well as 200 kilometres from the Maharashtra cities of Pune and Aurangabad. In contrast to Pune, Nashik is not an overpopulated city. The property market price Stay in Nashik city is quite affordable for any middle class family to purchase a suitable dwelling unit close to the centre of the city, which is not the case in Mumbai and Pune city. Since the population of Nashik city has not surpassed the figure of 20 lakhs, Nashik city could still provide an affordable housing to any newcomer to Nashik city.

When compared to the rivers running in Pune city, Nashik city has a most precious natural gem in the form of the continuously flowing river Godawari. Nashik city still has the ability to give its citizens access to drinkable water at least once every day, if not twice. Because of the two dams constructed on the Godawari River—Gangapur Dam and Kashyapi Dam—Nashik City won’t have a water shortage for at least the next 50 years, even if its population exceeds 50 lakh.

I’m not talking when I say Nashik City has the nicest atmosphere in India, but it is a fact. Within a radius of 10 to 15 kilometres, Nashik is surrounded by gorgeous, lovely picnic areas. Saptashringi goddess temples are 65 miles from Nashik city, and Chandwad city’s Renuka temple is also 65 km away. The distance between Trimbakeshwar and Nashik is 30 kilometres. Trimbakeshwar hosts the Kumbhamela, one of the most prominent Hindu religious festivals, which takes place every 12 years. Saputara Hill Station in Gujarat State is located 75 kilometres from Nashik City. The beginning of the Godawari River is near Trimbakeshwar, 30 kilometres from Nashik. Nashik City is 200 miles from Verul, which is located close to Aurangabad City and home to the historic Ellora Caves. Visitors from all over the world frequently visit the Ellora caves. Only 10 kilometres separate Nashik from the Jain epicentre of Chamar Caves and the Pandav Caves.

Just 5 to 6 kilometres from Nashik, the villages of Satpur and Ambad are home to two industrial sectors that are widely dispersed. Because Nashik city is a grapefruit hub, it is surrounded by excellent wineries that are well-known throughout the world.

Although Nashik city still lacks air connectivity, efforts are being made to create it, and very soon Nashik will find its place on the map of air connectivity. Nashik is well connected to the rest of Maharashtra by four-lane roads, and the city is also rail connected to Mumbai, Aurangabad, Pune, and New Delhi.

The city of Nashik is blessed with clean air, fine-tasting river Godawari drinking water, and fine-tasting fine wine as well.

Big Bazaar, which has three locations in Nashik, as well as the City Center Malls offer great possibilities for any new businesses that aspiring entrepreneurs may want to launch.

Regulatory divisional level headquarters, Deolali cantonment area, and Ozar Aireforce station are all located in Nashik city. Ozar Town, which is about 18 km from Nashik City, is where Hindustan Aeronautics Limited’s plant has been producing MIG fighter planes for India for the past 70 years. Ozar Airport, which is managed by the Indian Air Force, has the potential to become a cargo centre.

6 Things That Make Chandigarh Special in 2023 And Beyond

Lost Chambers Aquarium – Everything you need to know