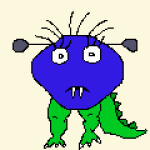 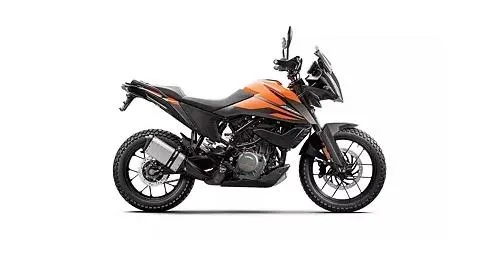 The KTM 390 Adventure had been in development for quite some time and has been produced with efforts from Chakan and Mattighofen. In India, a lot of motorcycle enthusiasts have felt deprived from owning and riding a proper off-road bike, that too at an affordable price. When KTM launched its Duke range in India for the first time, a lot of aspiring KTM buyers hoped a bike like the Adventure would make it to India, and thanks to the Bajaj and KTM relationship, it’s finally in the country now. But the question is, in a market that is not lured towards tall seat heights, does the Adventure 390 make sense? And is this motorcycle a bit too hardcore for the KTM rider? We answer these questions after taking it for a ride.

Now the KTM 390 Adventure may not suit everyone’s taste, but we personally think it will have heads turn on our roads. It has a big bike’s presence and its towering stance is the first thing that gets noticed. It’s a huge machine; in fact, it is bigger than a Royal Enfield Himalayan and BMW G 310 GS, but in terms of weight, the KTM sits in between both these motorcycles. We can’t call the 390 Adventure a beautiful bike, because like all other KTM ADV’s, it is styled to look very different. A few details do stand out though, like the plastic on the fuel tank, which gives it a tidy look. The off-road design elements are visible too. The top of the rubber foot peg can be unscrewed, the toe section of the gear lever has a spring and the engine protectors and brush guards come as standard. Also, the engine bash guard is made of plastic. When it comes to practicality and comfort, there is no other KTM that comes close. It also gets a massive 14.5-litre fuel tank, while a new subframe has given way for more seat space. This bike takes the cake when it comes to comfort.

In terms of features, it gets a full-LED headlight, a TFT display, turn-by-turn navigation assists and an optional KTM MyRide Navigation App. Then it gets the electronic assists, a bi-directional quick-shifter that works efficiently. ABS can be switched to an off-road mode, while you can turn off traction control as well.

The KTM 390 Adventure gets a 1.5-degree increase in steering rake and a 77mm increase in wheelbase has resulted in the bike feeling different from a 390 Duke. High-speed stability is great and the front-end doesn’t feel light, like it does on the 390 Duke. It gets a massive 19-inch wheel up-front. The front brake lever provides a nice, sharp feel, thanks to the 320mm disc setup up-front. You’d be surprised to see how well the bike takes corners, thanks to the stiff suspension, massive ground clearance and grippy tyres. Sit on the bike and you’ll realise just how good the riding position is. The saddle is spacious and comfortable, and since you sit high up, you get a great view of what is ahead. Ride quality is impressive as well, but there is a hint of firmness. Riders who are tall will love the bike, and its 855mm seat height is perfect, but you’ll need some good off-roading skills and a pair of long limbs to manage it.

In terms of performance, KTM Bikes have given the 390 Adventure a 373.2cc BS6 engine, developing 42bhp and 37Nm of torque. The exhaust sounds muffled and the engine continues to excite with its power, even on imperfect stretches of tarmac. The curved radiator with a dual-fan setup is new and helps in improving cooling efficiency, which is extremely useful in our kind of traffic.

With the 390 Adventure, KTM Bikes have now given customers a friendlier motorcycle that doesn’t demand racer-like attentiveness. It is the right kind of motorcycle for a country that’s littered with pot holes and bumps all over. It has that go-anywhere capability that very few bikes can offer. Also, it’ll take you from the North to the South of the country in sheer comfort. For the price, the bike does offer a lot in terms of features and overall appeal. It’s a good bike even for beginners, for as long as it isn’t taken off the road, that is.  Also, grab the latest info on the upcoming bikes, only at autoX.