How is Cat5e cable better than Cat5 cable? 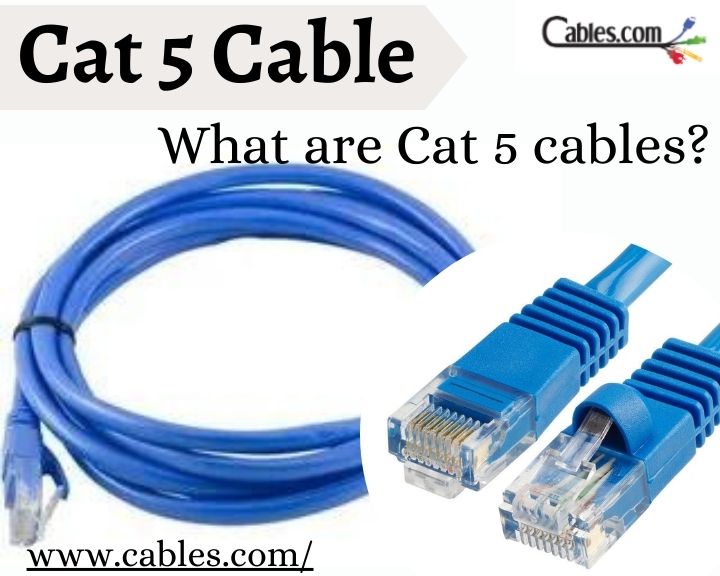 The fifth generation of twisted-pair Ethernet cables is called Category 5. In comparison to earlier generations, the “5” denotes newer and better cable production criteria. The basic rule followed here is that the transmission rate increases as the number increases. ANSI/TIA/EIA-568-A was the specification used to create Category 5.

What is Category 5 cable?

Cat5 cable is the type of cable that is extensively used in Ethernet connections in local networks, as well as telephony and other data transmissions. Category 5 cable is one of the most common cables existing today.

The said cable employs a twisted-pair design rather than a coaxial cable or a fiber-optic cable design. Four pairs of twisted copper wire make up a Cat5 cable, which terminates in an RJ-45 connector that fits into a regular Ethernet jack. Since its release in 1995, this unshielded twisted pair, or UTP, Ethernet cable technology has been the most widely used. It is currently in its fifth iteration. Shielded twisted pair, or STP, Cat5, is another option that provides EMI and signal interference protection.

The Cat5 cable provides a bandwidth of up to 100 MHz, with the possibility of its speed ranging from 10 Mbps to a maximum of 100 Mbps. Cat5 cables have a maximum suggested length of 328 feet and can transport data, telephone, and video transmissions (up to 100 meters). You are most probably connected to the internet through a regular Cat5 cable if your PC is hardwired into your network.

Cat5e, a more recent Cat5 cable specification where the “e” stands for “enhanced,”  was released in 2001. Cat5e characteristics include:

Physically, the Cat5e cable resembles the Cat5 cable exactly, but it has four pairs of copper wires instead of two, and it will be identified as a 5e rather than a 5 by the wording on the cable sheath.

How is Cat5e better than Cat5?

After going through both types of cables thoroughly, we come to why Cat5e cables are better than Cat5 cables. The following reasons listed below support our testimony:

For example, you Cat5 cables probably won’t notice much of a speed difference in network cabling for a house or small business, but for IT firms or businesses dealing with enormous volumes of data (think terabytes), it makes a big difference. This is where Cat5e  is preferred over Cat5 cables.

Even if it is common to see Cat5 cables all around you, what stands true to time is change. The change we are talking about here is the absoluteness of how newer cables will inevitably support faster bandwidth.

Even though many existing installations are still using Cat5 cables to connect to their network devices, the evolution of technology is driving the demand for change. Using Cat5 cables on new technology equipment will not be feasible because it will most likely reduce network speed. This reason further stands as to why Cat5 cables will not be recommended to be installed in new devices, as they will be lacking in matching the rate required by new installations for transferring.

As a result, Cat5e is the last one standing due to its cost-effectiveness and speed, as Cat5 cables are not recommended for new devices or installations.