Dengue Fever and Its Transmission 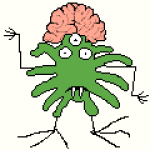 A virus called dengue fever can produce a variety of symptoms, from severe sickness to mild flu-like symptoms or, in some cases, no symptoms at all.

The frequency of new dengue cases has significantly grown in recent decades. The World Health Organization (WHO) emphasizes that increased worldwide travel and trade, shifting land use patterns, and the climate crisis have all aided in the spread of dengue.

Dengue is divided into four kinds, or “serotypes.” You can only get infected by a certain serotype once, but once you are, you are not immune to the other serotypes of dengue, thus you can still get infected by them. At first, it’s possible for you to conceal the visible signs of infection. Unfortunately, each disease raises the chance of developing severe dengue

How is dengue transmitted?

It is spread in the following ways:

1. Spread via a mosquito bite

The main cause of dengue virus transmission is the Aedes aegypti mosquito. It is a female mosquito that bites human beings. It is right that other Aedes genus species are powerful enough to act as vectors, still, Aedes aegyptiplays the leading role.

The specific kind of virus regenerates in the mosquito’s midgut when it feeds on a host with DENV infection. In the next stage, it attacks the secondary in the body. During hot temperatures, the EIP can take eight to twelve days for its transmission.

The number of daily temperature changes, the virus genotype, and the initial viral concentration is some examples of variables that affect the extrinsic incubation period and can affect how long it takes a mosquito to transmit a virus. It is possible for a mosquito infected with a virus to spread its virus for the remainder of its life.

A mosquito can pick up the DENV virus from a person who has been infected with it. This can include persons who have symptoms of dengue infection, those who are pre-symptomatic but have not yet developed symptoms, as well as those who are asymptomatic.

Up to 2 days before or up to 2 days after a person stops having a fever, human-to-mosquito transmission can take place.

Mosquito vectors are the main means of DENV transmission between people. Still, it is a fact that this kind of transmission of infection happens. Although the risk of vertical transmission seems to be correlated with the period of the dengue infection during pregnancy, vertical transmission rates do appear to be minimal. Babies may have a preterm birth, low birth weight, and fetus distress when a mother has a DENV infection while she is pregnant.

4. Other types of transmission

Rare instances of transmission by transfusions, organ donation, and blood products have been documented. Similar to this, records of the virus’s transovarial transmission within mosquitoes exist as well.

The typical onset of symptoms for dengue fever is 4 to 10 days following the initial infection. The symptoms will frequently be slight. They could be mistaken for flu symptoms or other illnesses.

It may be milder in young children and people who have never had an infection compared to older children and adults. There are a number of signs and symptoms that can range in duration from a couple of days to seven days, including:

Whether the patient has recently traveled to the tropics is a question a doctor will ask while diagnosing dengue illness. The doctor will do a physical examination and obtain a complete history of the symptoms (including their severity and duration). The doctor will be on the lookout for the typical dengue fever symptoms of fever, rash, and headache. The “dengue triad” is the name for this set of symptoms.

Since dengue fever can be mistaken for other illnesses such as the flu, measles, malaria, or typhoid fever, the doctor will probably prescribe blood tests to make a firm diagnosis.

You cannot treat it with any particular medicine. It will stay there to complete its cycle. Treatment for this illness with antibiotics is ineffective. Its symptoms are treated once a person contracts the infection. Painkillers, acetaminophen-like aspirin-free fever reducers, relaxation, and fluid for rehydration are frequently suggested. Get in touch with your doctor or the health department very once if you think you or someone you know may have dengue fever. Preventing dengue fever is the best method to reduce the hazards that come with it.

Preventing dengue disease requires a proactive commitment to cleanliness, teamwork, and safety measures. However, certain things are out of our hands. In such circumstances, schedule a test with a Dengue Doctor if you suspect that you or a loved one may have contracted dengue.

1. How to stay away from dengue?

Wear long sleeves and long pants, use insect repellent, and keep mosquitoes at bay both inside and outside of your home. An estimated 400 million people worldwide contract the dengue virus every year from mosquito bites. 100 million people are ill.

2. How much time does dengue take to spread?

Most of the time four to six days are enough for the infection to spread in your body since you get the sting from the mosquito. And you will start observing the signs within three to four days. Although an infected individual cannot transmit the disease to others through direct contact, they can serve as a mosquito vector for the dengue virus for up to 6 days.

3. Is dengue a contagious ailment?

Since dengue fever is not contagious, it cannot be passed from one person to another. A person can contract dengue fever more than once since several viruses might cause it.