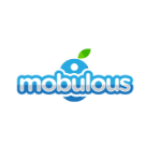 In the modern era, the presence of mobile apps is essential for every business. The demand for mobility app solutions has continuously increased. We can see fierce competition as mobile app adoption increases so dramatically. Most mobile app development company Noida produce applications that have a chance of being well-liked by customers. But do all mobile applications achieve the same level of success? The answer is No.

What is a framework for mobile apps?

Businesses have shown that mobile applications are the most excellent method to increase their consumer base. There is no scarcity of innovative app ideas. Everything worked in the application development industry’s favor.

Modern frameworks for developing mobile apps have several advantages. If we talk about some of the top benefits, then include efficiency, speed, and a bug-free environment.

A framework utilizes pre-built components like compilers, debugging tools, and toolkits to run a mobile application code on the target device.

Businesses can get mobile applications that are speedy, responsive, and offer exceptional user experiences by utilizing the expertise of a reputed mobile app development company.

Creating apps is accelerated and made simpler by using mobile app development platforms.

Here, we are listing a few top mobile app development frameworks that you can use in 2022-

React native is gaining popularity among developers in the present technical world. It is an open-source, cross-platform app development framework. React Native is created and managed by Facebook.

React Native made the development of mobile applications for iOS and Android very easy. React Native does not utilize HTML or CSS; its syntax is similar to CSS.

Additionally, cross-platform apps may be created with React Native that has a native-app-like appearance, feel, and functionality.

Flutter is an open-source framework created by Google. Native Android and iOS apps can be created from a single codebase on Flutter. It is a revolutionary cross-platform SDK that produces apps with a Native appearance and feels. This quality of Flutter makes it distinct from other frameworks. Many well-known companies, including Google and Abbey Road Studios, have embraced Flutter.

Swift is a new open-source programming language based on C and Objective C. It can be used for watchOS, iOS, OS X, and tvOS apps. Swift uses a safe and secure programming methodology that makes the programming more comfortable and adaptable. It also adds some complementary features to the source code.  The swift framework comprises push notifications, social networking platform feeds, app advertising and other technology advancements. Swift allows developers to design, launch and expand the applications from a unified control panel.

Xamarin is another cross-platform application development framework for creating apps for iOS. Since Xamarin utilizes C# as a programming language, less code script is required.  Consequently, the compilation of codes goes more quickly.

In addition to shortcodes, it also enables us to quickly transfer the codes between different operating systems, like Windows and macOS. With the advantages of code sharing, Xamarin creates applications that replicate the similar experience of a native app.

A statically typed programming language called Kotlin is now utilized to create contemporary Android apps. You can make Android apps using Kotlin since it is easy to understand and secure and offers a wide range of tool support.

With previous recognition as PhoneGap, Apache Cordova is one of the favorite frameworks of developers for creating applications.

It is a cross-platform application development framework and utilizes CSS3, HTML5, and JavaScript to create mobile apps. With the help of Cordova plugins, app developers can access hardware features like the GPS, camera, and accelerometer to provide a native-like app experience.

Question 1: Which app development framework is the most popular?

React Native is one of the IT business’s most well-liked mobile app frameworks.

You may create mobile apps for Android and iOS devices using the FB program, an open-source framework.

Question 2: What are the frameworks for developing user-friendly mobile applications?

Framework7 utilizes an open-source framework and is straightforward to grasp.

Native Script is an open-source framework for creating native mobile applications that use Angular, Typescript, JavaScript, and CSS. The best JavaScript framework for building native apps for any platform or operating system is React Native.

One of the most popular mobile app development frameworks is Xamarin. Initiated by Microsoft, this native framework

Question 4: What tools or frameworks are available for creating mobile applications?

The most common programming languages for developing mobile apps are listed above. Choosing the best technology for your app is crucial because it will affect the type of app you want to create, how it will look, and which platforms it will run on.

Consequently, if you have the right app concepts, this is the right time to start the development stage. If you execute it properly, you won’t ever look back. We can therefore satisfy all of your strategy and development objectives if you’re trying to combine your business or operations with mobile applications.